When I began working with the Los Angeles Temple, the Temple Matron and I had quite a few questions about what kinds of laces and designs were acceptable for altar cloths, since we were both unfamiliar with the new guidelines. We ended up talking with Salt Lake several times.

When the Temple Department found out I was making new laces, they told me there was an urgent need for an altar lace in the Denver Temple, and wondered if I could help. I already had a lace I was working on for the Los Angeles Temple so I couldn’t help with Denver, but I knew someone who could.

I gave them the contact information for my mother-in-law and sister-in-law, Mary and Heather Rockwood. They are also lacemakers, and they both happen to live in Colorado, just south of Denver.

It turned out that even though Heather has never made altar lace before, she was already working on an altar lace for them… the temple in Denver just didn’t know it yet.  Slow and steady, she already had quite a few inches of her lace completed. How is that for being inspired? They were so pleased.

I asked Heather what pattern she was using, and she sent me this photograph of her lace in progress.  It’s simple and beautiful. Her pattern is called “Star Motif” from an old needlework magazine called “Workbasket”.

Mary has also started working on an altar lace for the Denver Temple. This will be her second altar lace. I wrote a post about her first lace for Denver Temple that she made several years ago.

Her new altar cloth is going to be the sister lace to my Ebenezer Lace. I taught Mary the pattern when she visited me a month or two ago, and she decided to make hers to match.

So, when they are finished, Denver will have two new laces, instead of one!

One thought on “A Work in Progress: Heather’s Star Motif Altar Cloth Lace” 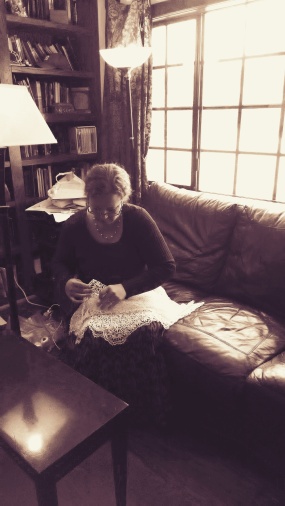 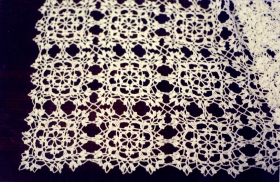 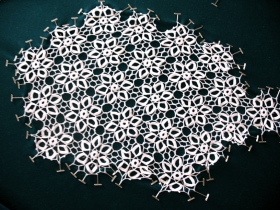 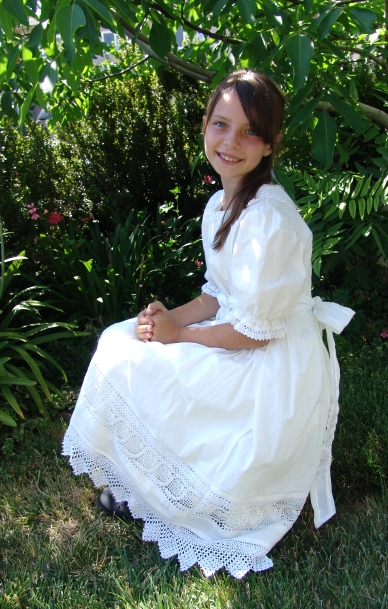 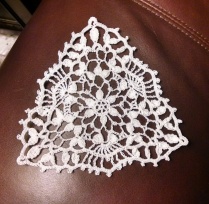 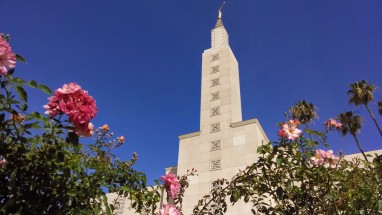 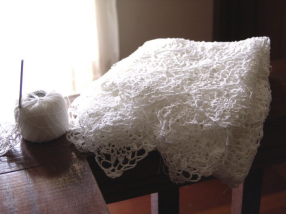 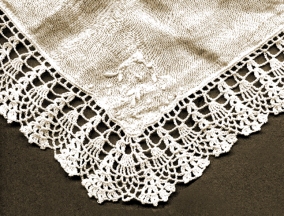 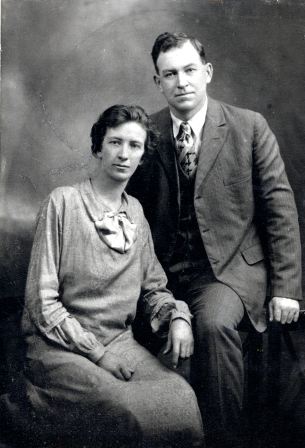 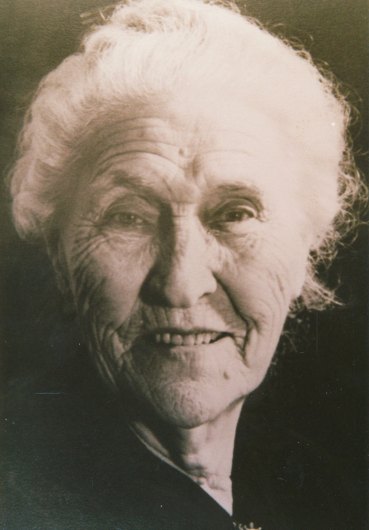 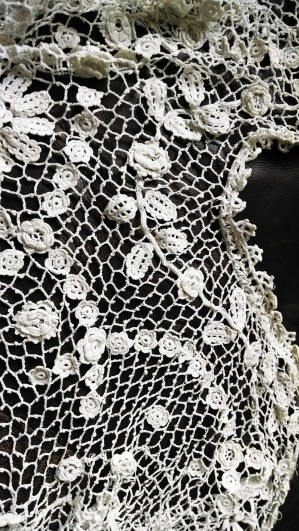 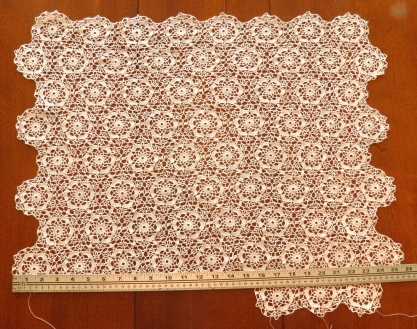 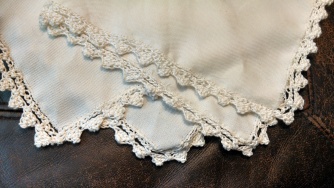 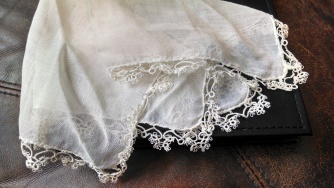 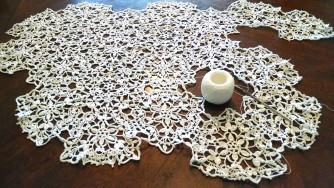 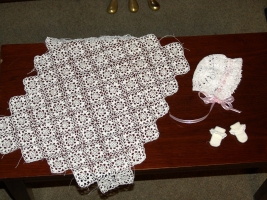 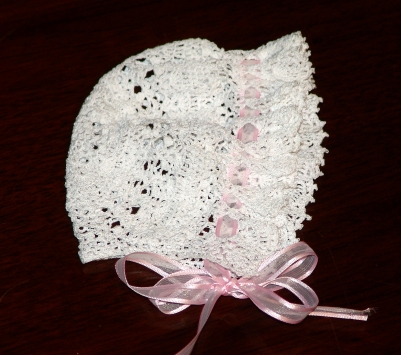 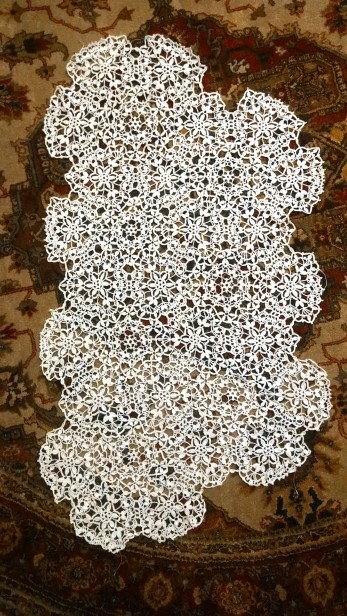 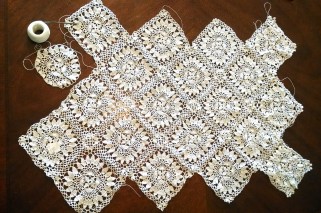 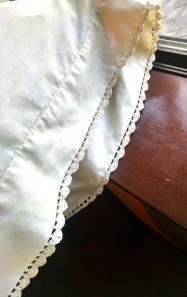 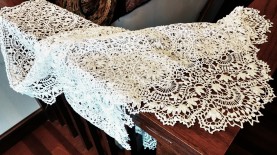 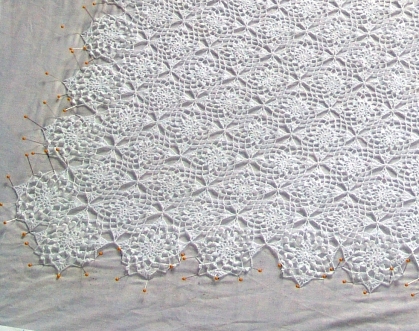 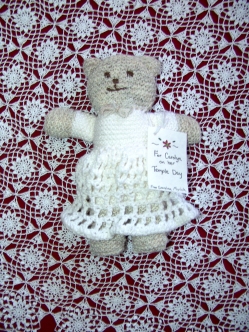 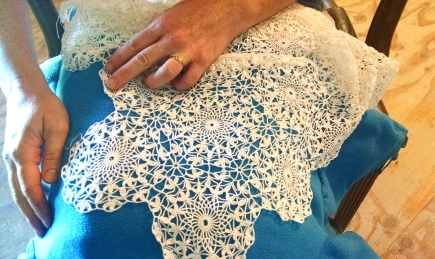 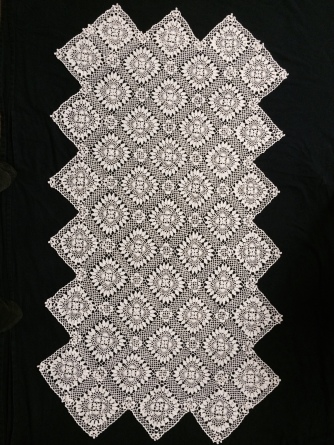 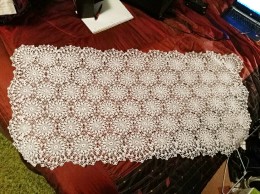